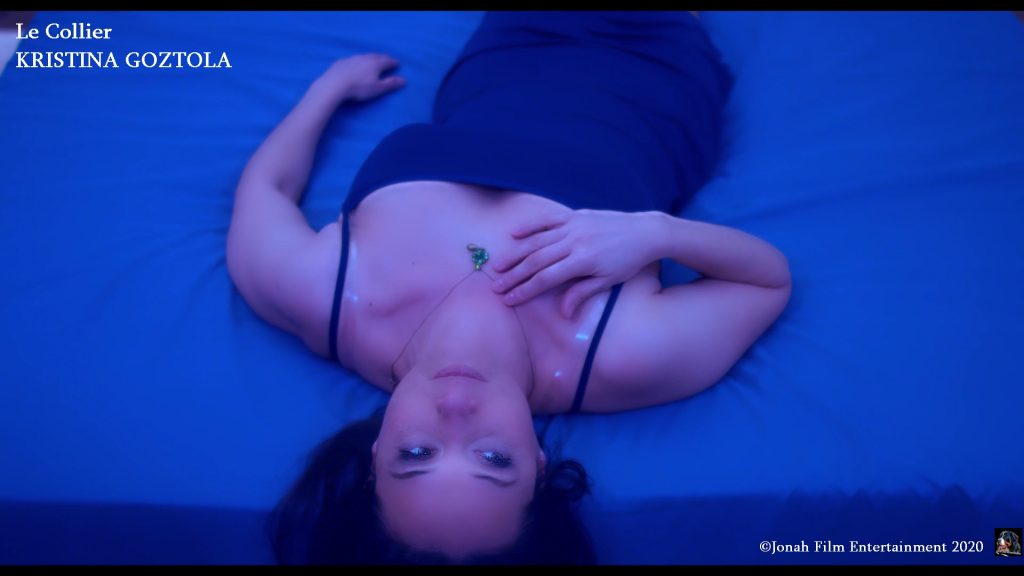 Le Collier (The Necklace), Kristina Goztola and Peter Halmi’s new movie, won two awards at one of the world’s biggest film festivals in Bollywood.
The French-Hungarian co-production, which is a mystery drama, was first screened this year at another Indian film festival, then at a Roman film festival, and at the Sweden Film Awards – where it also collected an award, reported Blikk.
This was the second movie that Kristina Goztola produced, although she is no stranger to foreign productions, as she has been in over 40 international movies. Le Collier was written and directed by Peter Halmi and was filmed in January in Paris, with French actors, such as Eric da Costa.
Goztola plays the main character of the movie, a beautiful Italian woman who goes to Paris, where she reads to an elderly, blind man, Michel, each night. She finds out Michel is hiding a precious necklace, and she becomes obsessed with it. The movie focuses on visuals and music. Take a virtual tour of Budapest’s famous movie locations Here is the first Hungarian art film streaming service, offering nearly 200 movies! The movie was going to debut at the Cannes Film Festival, which was cancelled due to the pandemic. So instead it debuted for the first time at the Bangalore Short Film Festival on June 7. It was also shown at the Sweden Film Awards on July 3, where it was awarded for its visuals. On July 4, Le Collier was also screened at the Rome Prisma Independent Film Awards.
Later the short film received its biggest accomplishment yet, as it was selected into the Indo-Global Internation Film Festival in Mumbai, one of the biggest ones in the world. Not only that, but Le Collier also received the Best Director Award in the short film category, as well as the Special Jury Award. Because of COVID-19, there was no award ceremony; the winners were notified by mail. The short film will also compete at the Madrid Film Awards on July 30, so the accomplishments may not stop here just yet.
Source: dailynewshungary.com
Spread the love
By: Peter_HalmiPosted on July 24, 2020May 22, 2022Tags: awards Best Director Award Bollywood Eric da Costa Goztola Kristina Halmi Péter Jonah Film Entertainment Kristina Goztola Le Collier Peter Halmi Special Jury Award The Necklace