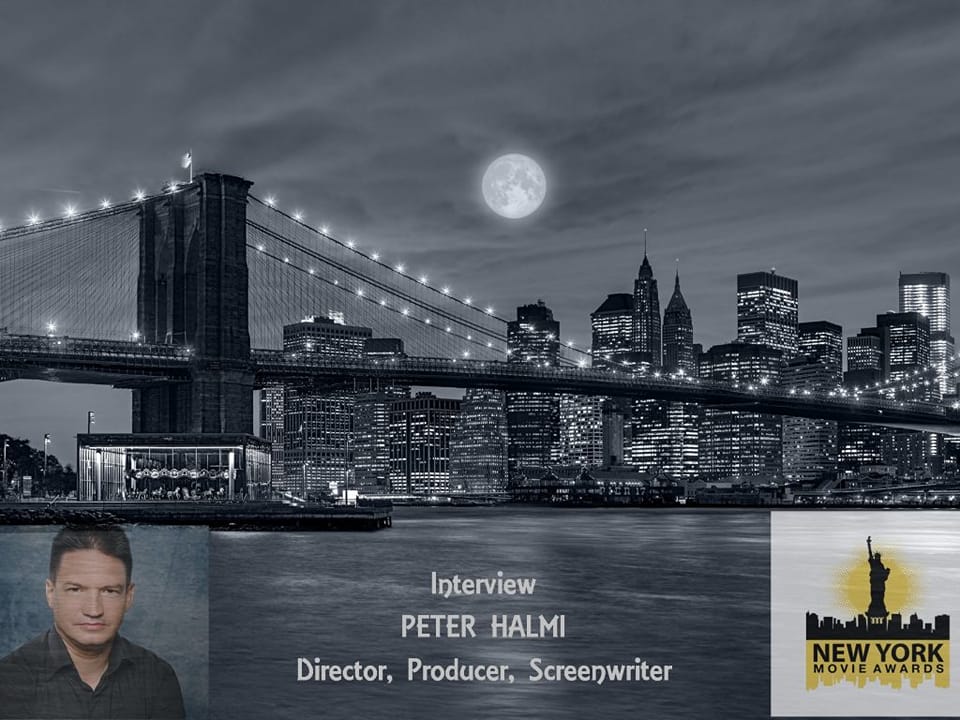 Peter Halmi director, producer, screenwriter. He began his career as an actor. He played leading roles in numerous performances in Germany, Japan, Canada and in the United States . He was inveted to Los Angeles in 2012 where he worked as a stage director. He is the Artistic Director of Jona Films Paris later on Jonah Film Entertainment since 2017 when he started his film career. He made his debut as a co-producer in the short movie ‘Les Recherches Continuent/Scruple’ (2018). The film received the Grand Prix of Bujtor Istvan Film Festival after that the film was presented in West Los Angeles and North Hollywood as well. ‘Le Collier/The Necklace’ was also shooted in Paris, of which he was the director, co-producer and screenwriter (2020). The film received the Best Cinematography in Sweden, the Best Director Award – the Special Jury Prize in India, Bollywood, and the “Inspiration Woman in a Film” award in Hollywood, Los Angeles (2020). His first feature film ‘In the Shadow of White’ is being shooted.

What’s definitely necessary to be a good director?

How old you were when you decided you wanted to be a director?

A few years ago…I was an succesful actor, but i never studied directing and I never really thought about doing it, and then I just found myself in that situation and tried it.

For me a film is more like music than like fiction. It should be a progression of moods and feelings. The theme, what’s behind the emotion, the meaning, all that comes later.

What do you feel when you’re directing?

What inspires someone to become a film director? Filmmaking requires creativity and passion. Films have the power to create new worlds and generate empathy. But that process of creation takes painstaking efforts. Love for storytelling or sheer passion for filmmaking are reasons enough for someone to take this path.

You can go to the Movies with an actor or actress that you love. What kind of movie do you choose and with who you’re gonna watch it?

I’d go with my wife Kristina Goztola and see our first feature film, which she is starring in and which is expected to be released in the summer of 2022. It’s called ‘In the Shadow of White.’ I’m really excited…

Audrey Hepburn used to say “Nothing is Impossible”, what do you think about it?

The human mind is a magical labyrinth. It is a mystical universe within you, where everything eventually materializes. So be careful of what you put in it. For it is only your thoughts that can decide the possible from the impossible.

Can you live just of your passion?

Oh yes! Passion is the energy that keeps us going, that keeps us filled with meaning, and happiness, and excitement, and anticipation. Passion is a powerful force in accomplishing anything you set your mind to, and in experiencing work and life the fullest extent possible.

Highly successful people have three things in common: motivation, ability, and opportunity. If we want to succeed, we need a combination of hard work, talent, and luck.

Cast Away – by Robert Zemeckis. Tom Hanks stars in this long movie, carrying much of the journey on his own, along with a volleyball he names Wilson. A captivating watch, viewers see what happens to a work-obsessed man when his plane crashes into the ocean and he washes up on a deserted island on an inflatable life raft, left to live a life of solitude for what ends up being years. I would draw a lot of ideas from it.

Have you ever accepted a movie to direct even if you didn’t like the project?
This has never happened before, as we produce our own films. But if I was asked to do it, it would be important for me to love the project, otherwise I wouldn’t be able to get the best out of it.

What’s the best compliment you have received about your Job?

A prestigious festival described my film Necklace as “magnificent cinematographic value”. I am very honoured.

Are you satisfied about your career?

Do you have a good luck charm?

I don’t carry lucky charms, but I believe in those things.

Which is the worst moment on set?

During the filming of Necklace, traffic in Paris was blocked due to the strike. But my great team solved this problem. Thank you for your work!

How do you feel when a job you’ve been part of it’s ending?

Goodbyes are hard when you grew to love what you’re leaving, but every new beginning comes from some other beginning’s end.

Have you ever lied to get a job?

I don’t need it. I live my life without lies, it’s a good investment in the long run.

If you should win an Oscar your first taught would go to….
My muse and wife Kristina, without her nothing would have been possible.